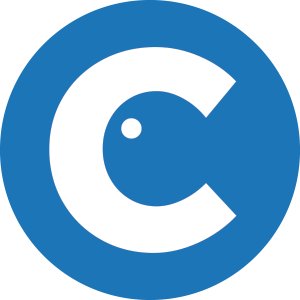 A Data Ecosystem For The Global Seafood Industry

Blockchain based traceability for the seafood industry

To address the fragmentation of most seafood supply chains Fishcoin has been designed as a peer-to-peer network that allows independent industry stakeholders to harness the power of blockchain using a shared protocol so that data can be trusted, transparent, and secure.

The flow of tokens moves from buyers to sellers in supply chains, thus rewarding those who make the extra effort to capture and communicate data. This shifts the economic burden to downstream actors such as hotels, restaurants and retailers who benefit most from traceability.

An ecosystem approach to industry transformation

Unlike many blockchain initiatives, Fishcoin is not based on a central company or entity. Instead it is designed to be a decentralized ecosystem that incentivizes data capture so that an ecosystem of companies and 3rd party developers can benefit by adding value to the network.

Seafood is one of the largest industries on the planet.

That is correct... 1 out of every 10 people on the planet derive their income from seafood and aquaculture.

People are eating more seafood than ever. In the past 50 years global per capita consumption has nearly doubled.

Export value doesn’t include retail, or domestic production so full estimates of the industry size are upwards of $500 billion USD.

But this industry is often unsustainable

89% of fish stocks are at capacity

At present, 89% of global wild fish stocks are overfished or being fully exploited.

50%+ of seafood is thrown away

As much as 60% of the seafood we take from the ocean is discarded, lost or wasted in supply chains.

700KG of seafood are stolen every second

Illegal, unreported and unregulated (IUU) fishing accounts for more than 700KG stolen each and every second.

People want to know the story behind their seafood.

90% of seafood consumed in the U.S. is importehttps://icocoinlist.com/files/d

of this seafood, less than 1% is actually inspected by the government specifically for fraud.

20% of consumer seafood is mislabeled

depending on the species and supply chain mislabeling can be as high as 86%.

governments are cracking down

estonia
nrm is the world's first decentralized expert and analytical platform for managing your crypto assets and exchanging information about the world of cryptocurrency, based on blockchain technology.
ENDS:
Monday, December 31, 2018