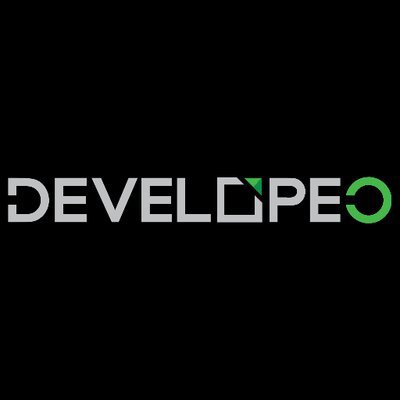 DEVX SEEKS TO ADVANCE HUMANITY with a never-before-seen reward pool and a highly beneficial revenue model along with ambitious targets; such as DEVX BootCamps, DEVX Certification, DEVX Marketplace, and finally the DEVX NEXT-GEN University.

Developeo Platform & DEVX,  seeks to advance Humanity with a never-before-seen reward pool and a highly beneficial revenue model along with ambitious targets; such as DEVX BootCamps, DEVX Certification, DEVX Marketplace, and finally the DEVX NEXT-GEN University (Yes, a real one, better and more FutureProof than Others)

DEVX Platform will also include admissions and online education in the platform, Token will be used for all admissions. Developeo DEVX University, DEVX Bootcamps and DEVX Certification programs will ensure that the best next-gen intensive education in the most up-to-date curriculum will reach to its students.

Developeo University will be a pioneer in the studies of Artificial Intelligence, Blockchain, Full Stack Programming, Deep Learning, VR/AR, Neural Networks, Data Science, Data Art, New-Age Architecture, Robotics, Smartwear and other related technologies to become available. These areas have been growing exponentially and will continue to do so, as their applications in real-life expand.

Some of the top Universities In the world, is currently showing a lot of interest to work within the scope of the Developeo DEVX University.

Bootcamps, University, Certification Programs, Marketplace, Advisory Services will be paid with either fiat or Developeo DEVX token. If paid with DEVX tokens, a 20% discount will be introduced automatically.

While the cost of a standard bootcamp is averaging $11,500 to $15,000  per student in the world currently, a whole bootcamp is projected to bring at least $1.3M in revenue to Developeo of which 20% will be distributed to the reward pool/instructors in DEVX tokens.

DEVX believes that the world will begin to utilize "smart contracts" as legal contracts of the future, it needs to be easy and manageable by  everyone, students, parents, anyone.

DEVX plans to create a new smart contract system for managing the learning process (i.e admissions, registration, learning management and certification) and also will share this with the community so that it is accessible by everyone.

Also DEVX blockchain will be integrated with future banking systems. PSD2 Banking (Payment Service Directive)  and API Banking will be the future of banking systems expected to be implemented during 2018 and we plan to create a One-Click-Student-Loans for our platforms; so students can have access to affordable student loans and manage their Student Loans (either in Fiat or DEVX Tokens) with just one click and apply to our admissions in seconds, all handled within DEVX platform.

Revolutionizing the open source ecosystem by distributing rewards to the Open Source contributors who are basically mining the blockchain with their efforts, for their contribution to any project. The project score/ranking system will be similar to the Erdős number. Each project/community will decide on the quantity of rewards for the effort, perfectly in-line with an open-source mindset with a decentralized democratic voting system. Developeo also rewards every user of its platform, with Developeo tokens, for any open source contribution to any valid project in github. (Currently there are 27,000,000 Github Users)Reward pool starts with 60,000,000 tokens and increases every day with Developeo’s own revenue models; sharing each of the revenue’s 20% with the reward pool. Also, when the tokens’ value increases, the reward increases in alignment.Also DEVX is planning to create its own blockchain next year (we are currently running on the ERC20).

Registration for Bootcamps, Certification Programs, and the Developeo NEXT-GEN University, Events and Hackathons. Tokens will also be used for Student Loans.

Admissions with the DEVX token will actually lead to a significant discount in price. By making the DEVX token an integral part of the operations and user experience in the Developeo platform, the demand for the token will be naturally increasing, proportional to the growth in the user base of Developeo. Thus, unlike most blockchain projects, the token demand will be driven by its actual utility case, rather than speculative purposes. Also buyback/takeback is natural for DEVX. With each demand, also reward pool increases. Strong supply, strong demand, great financial ecosystem. Rewards help our user base. Our user base helps Developeo’s hardcore bootcamps, University, Certs and Marketplace. Revenue models increase reward pool even more. Admissions create additional demand for the DEVX token.

With a great advisory team, VP of LYFT, Investor/Advisor of Mozilla, Tinder Head of Europe, Founder of Launchrock and Startupsco, wants to help humanity in the future of automated society with a top-notch education on next-gen topics.

Special presale collaboration between Developeo and Kickico to empower the real owners of Blockchain; a chance to participate on a special presale, which is the most advantageous part of the ICO in terms of financial gains. Developeo is offering this Special Presale for the DEVX community on KICKICO with the lowest prices per the DEVX token.During the PRE-ICO and ICO phase the prices will be significantly higher. (i.e 4x-5x-6x-7x-8x)

* Smart contract updates itself realtime for the current ETH/USD

USA if not accredited